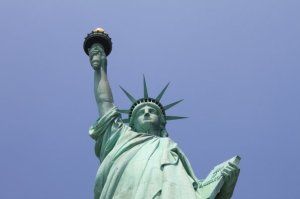 Last night at my Toastmasters group, Speak with Ease in Lafayette, Colorado, I gave my seventh speech since joining the group. The seventh speech in the Competent Communicator Manual is one where you are supposed to research your topic to support any statistics, facts or stated information that you bring to the table. I did not actually plan on giving a speech last night since I had given my sixth speech last week. The Toastmaster assigned for last evening had requested that I continue to give a speech this week because if I did not there would only be one speech on the docket for last night.

I decided since we are coming up on the 70th anniversary of the D-Day invasion, that I would do a speech on this pivotal event in World War II history. The date June 6, 1944 is a date that no one will ever forget. It is a pivotal day in the history of the world where the forces of good began the quest to vanquish the forces of evil. There was never a time when the two sides were more clear-cut as good and evil. I think Americans have lost some of the ideals that brought us all together in the 1940s to fight this war and win this great victory. I think in some respects it behooves us all to take a look at what happened on this particular day and remember with reverence and solemnity.

Toastmasters as an organization, has given me an incredible confidence in standing before a group of people and talking about various subjects. I thoroughly enjoy the Table Topics portion of our meetings because you are forced to think quickly and succinctly in a group environment. The questions at this particular point in the meeting are very much akin to what occurs during a job interview. You can prepare for almost every question but you can be sure that your interviewer will probably ask you something that you never even thought of once the interview kicks off a gets underway. If I had to choose between many of the various outside activities I’ve been involved with and Toastmasters, I would choose Toastmasters and jettison everything else because I know that making yourself a better speaker is tantamount to putting more dollars in your pocket as a much better communicator.